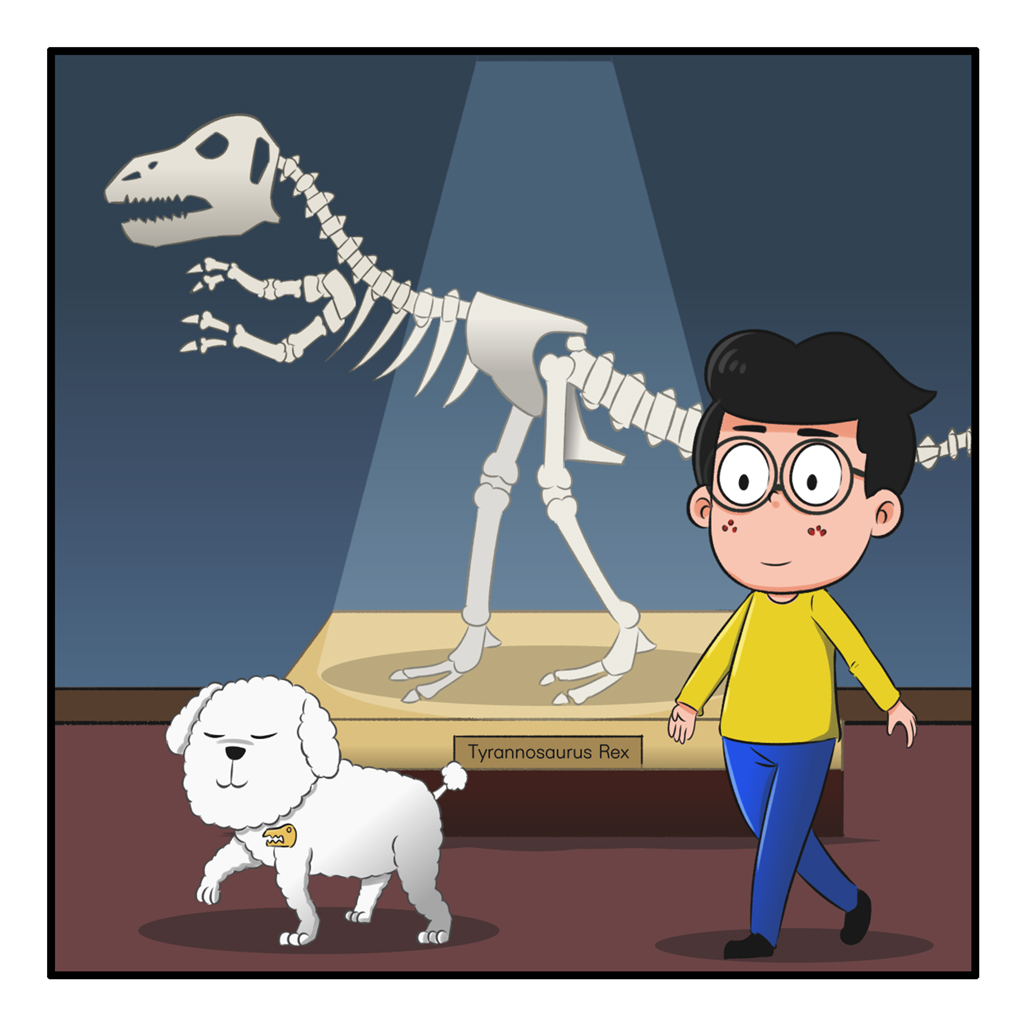 I was looking forward to our epic weekend adventure – a tour of the Natural History Museum and Dino Hall scavenger hunt. My team, consisting of Teddy and me, were preparing for the task before us. We consulted my encyclopedias, googled fun facts, entered all the dinosaur trivia quizzes, you name it.

The turning point was when we came across the question about the “dumbest dinosaur” or, to be precise, the answer to it: “Stegosaurus had the smallest brain; a dinosaur that grew up to nine meters long had a brain the size of a lime or the size of a dog’s brain”. When he read that, Teddy was more furious than a hungry T-Rex! He swore to prove such an insulting comparison wrong and restore the honor of the canine population.

I had never seen him so motivated and dedicated. He spent his free time watching movies such as Night At The Museum or Jurassic Park. Even our neighbor’s cat failed to distract him.

With Teddy on fire, the scavenger hunt was a walk in the park or, precisely, a walk through the Dino Hall. He won an honorary paleontologist badge which he wore proudly, as proof of the dog’s brain superpowers.